I have been trying to get the pics of what I got sewn uploaded, but for the last week, my computer has been having several 'moments' and I thought that my USB ports had died, but low and behold, today, they're working.  I struck while the iron was hot, so to speak, and here's what I managed to get sewn on Friday Night Sew In.....I had sooooo many plans, but as usual, my plans change from moment to moment! 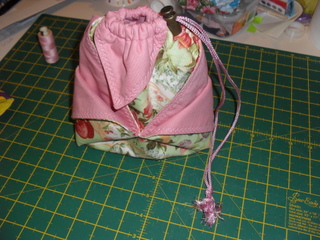 I've made one of these bags before, and when I made this one I took a series of pics to write a tutorial in English (as all the others I've seen, have been in another language and google translate seems to not like converting it into full English and is very confusing to follow!)....and I will get around to doing that.....although I vaguely remember saying way back when, that I wouldn't use Pellon or batting in any others I made, but I went ahead and used batting in this one anyway....lol  It makes them hard to draw the string as it doesn't bunch up too well.  I still have to put an embellishment over the joins front and back, and am thinking I might pop Yo Yo's on it....what do you think??? 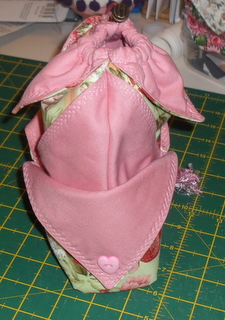 This is a side on view, to show off the pockets that are formed at each end of the bag/pouch. 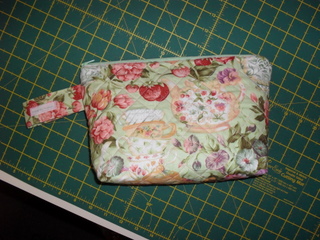 This is a simple quilted pouch.  I had to reverse sew some of the quilting as I was too stubborn lazy to put the walking foot on, but I ended up doing that and it's turned out quite nice I think.  It's for a swap gift, so hopefully the recipient doesn't work out who they are! 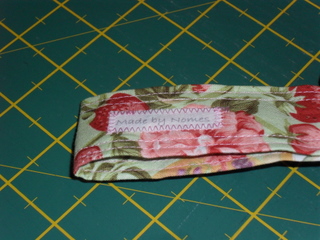 I even managed to remember to attach one of my labels I made for myself!

Posted by Beeshebags at 1:50 PM