I think I'll just put a heap of pics and not alot of text this time, I'm taking sooooo long to put it all up, but want to show everyone what I've bought!

Coming up, I've put the wool and 15mm knitting needles I bought. I got the needles to try out a pattern for a poncho knitted in the Flurry (Poor mans Feathers!) yarn. 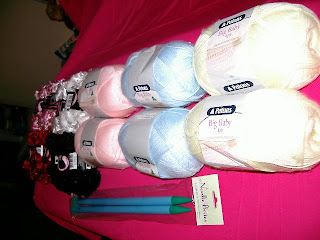 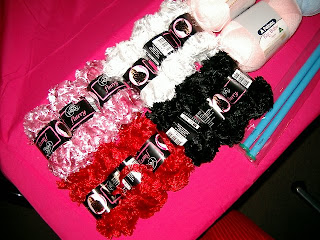 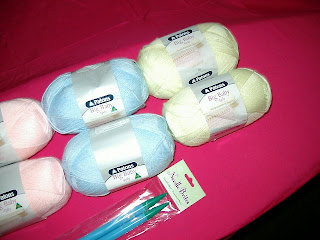 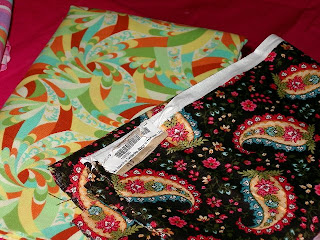 As if I could ever put pics and not much text! These two were in the remnant bin....yes I got the paisley print one again! 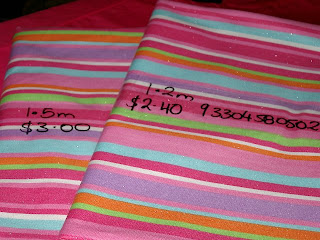 The ones to the left were also in the remnant bin, but not in the fabric department, they were in the upholstery section where you buy curtain fabrics! Still $2 a metre for glittery strong material makes some cheap shopping totes. 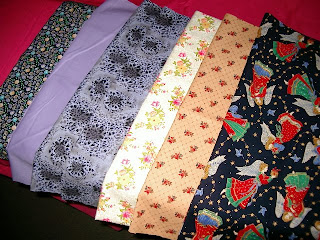 The ones to the right were all marked down especially the Christmas angel one on the far right of the pic, it was 75% off...so it ended up being about $3.25 or close to that for a metre.