Well, albeit a few days late, I opened my cushion cover swap gift from over at the Craft Forum, and hoot hoot, it's got an owl on it!  Seeeeeeeeeeee! 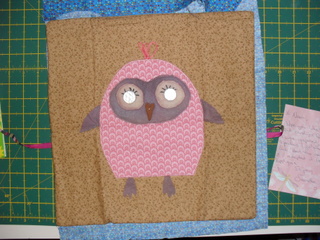 And check out the 'wrapping paper' Jeanette used Yep, fabric, tied up with ribbon, both of which will end up being recycled.  Thanks for my cute cushion cover Jeanette, I love it.

Talking of swaps, I've joined in on Ally's (ala Quilting Mumma) Mug Rug Swap, and here's the mug rug I'm sending off to.....oh wait, ssssssh it's a secret who this is going to be sent to, which, unfortunately won't happen till Monday now....sorry mystery new owner, but I've had car woes again this week, but even if I have to catch a taxi, I'll get it to the Post Office on Monday. 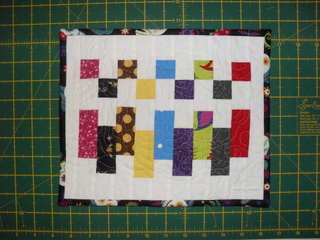 You can find the tutorial for this mug rug here. 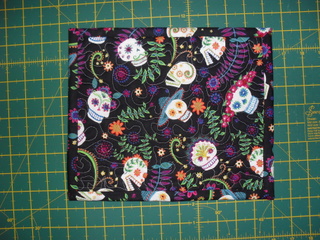 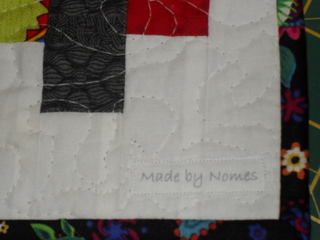 See my little label?  I printed a whole bunch of the off a while ago, and had buried them on my craft table, but recently I re-discovered them, and decided to start using them up, as I want to make myself some that are a bit bigger, and a bit more user friendly!


I've also been messing around with HST's and here's some of the layouts I discovered so far: 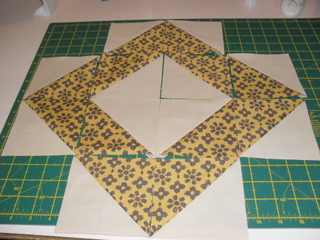 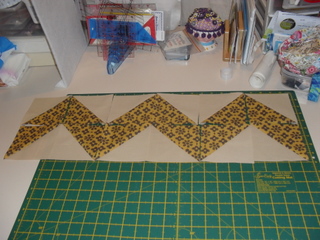 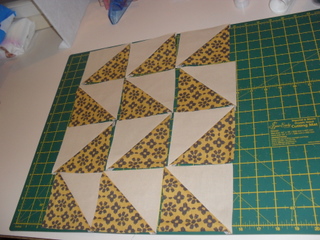 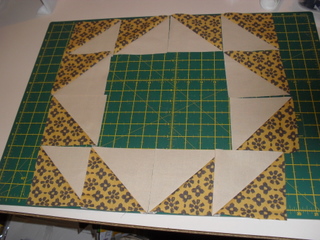 The gap in the middle in the one above, would be where you would insert a stitchery or a completely different block! 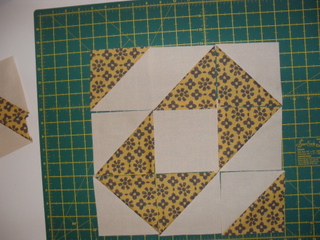 Of all the different ones I tried, this is my favourite layout of them I think, not sure if it has a name, but I like it....do you know if it has a name????  My absolute favourite block to use the HST's on is Annies Choice and here's a couple of examples of ones I've made for a Birthday Block Swap I'm in on a Facebook Group. 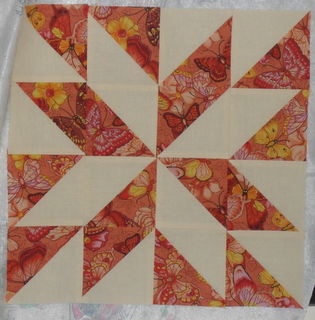 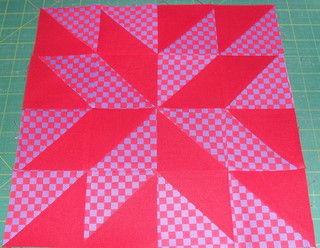 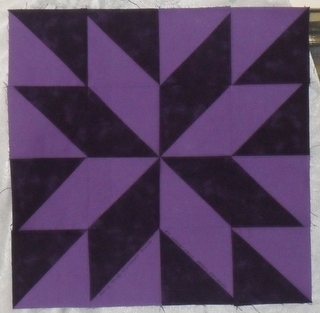 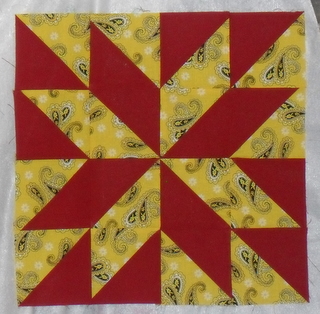 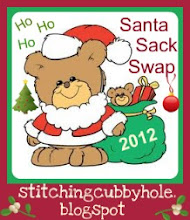 I'm super excited, there's only 11 more sleeps until sign ups start for this years Santa Sack Swap, hosted by the awesome Cheryll from Gone Stitchin.  This year, she's limiting the amount of participants, so if you think you might like to join, make sure you mark the 15th May down in your diary, or else you might miss out.  You'll be kicking yourself if you miss it, I did it last year, and it was a blast!  Cheryll also hosts several other great swaps throughout the year, so be sure to visit her blog to see what's on the schedule at the moment.

Back tracking slightly, as well as messing around with the HST's, I've also been finding heaps of tutorials, one of them being the D9P Variation, which you can find here and the pics of the ones that Polly made with my fabric (whilst I was busy making some D9P's of my own!) are shown below.  Sometimes, well usually, Polly usually brings her own projects with her (she lives next door so it's handy to have a crafty neighbour hey? lol) but when she doesn't and she's starting to look like she's going to spontaneously combust if I don't put her to work, I of course have to oblige!  That night was one of those times muhahahaha, well she does call me the Evil One! 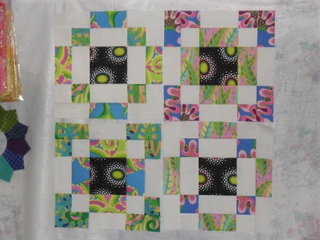 Chock-A-Block really is chockers with some great blocks and I highly recommend going there for a squizz....grab a cuppa first, you'll be a while!

And below are the pics of the D9P blocks I was working on.  The bottom pic is a close up of the prints, although the green one is still a wee bit hard to see....they are little meeces on the green background.  I bought a few packs of 4" charm squares a while ago (read a couple of years or more ago!) and have finally used them.  I have a few of the fish ones left, but I've used all the kitty cats and mice squares and they will make a great quilt.  I just have to decide whether to make two cot quilts with sashing and borders, or to make a single bed sized one with sashing and borders. I think either will look great and I'll use the remaining fish ones in as corner stones. 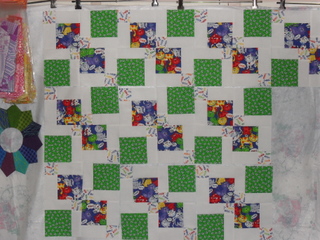 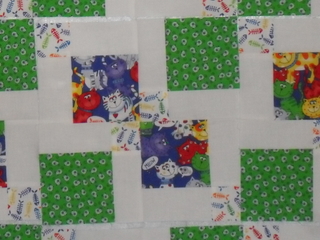 Well, that should have kept you busy a while, so I'll say ciao for now, don't forget to mark the Santa Sack Swap in your diary, and if you miss out, don't be blaming me, I've made sure you know where it's at, when it's at and have even put the button up on my side bar, should this post get buried under new posts before the 15th.

Posted by Beeshebags at 6:19 PM