Just recently I shared the pics of the items I made for the F-R-I-E-N-D-S Swap for Marcia (Marc - pronounced Marse for those who thought it might be pronounced Mark!) well I made her a couple more things, one was for her birthday and the other was a new tutorial I found and wanted to try!  Actually both were online tutorials, one a printed one, and one was a video one that doesn't really have a pattern, so I 'winged' it haha 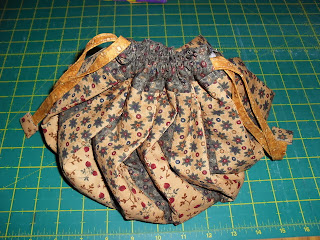 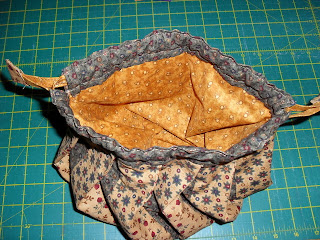 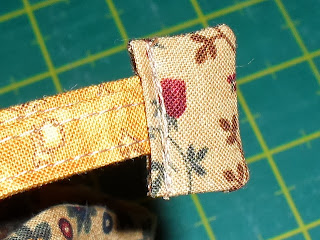 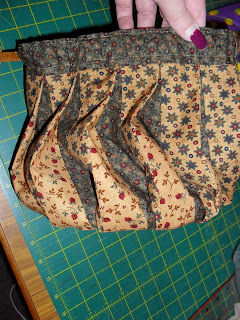 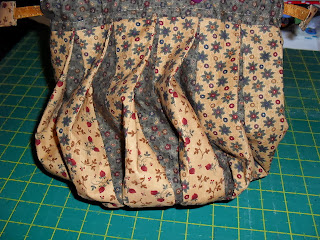 So the above shows the twisted drawstring/dilly bag I made her....it's an interesting technique and I think would look great in any fabrics.

Next up, I made Marc and Terri tissue holders.....doesn't sound anything flash or anything, except I think I really, really like the shaped top on these...I've made the straight edged ones in abundance, but these are going to be one of my "go-to" projects for pressies.  I found the tutorial here. 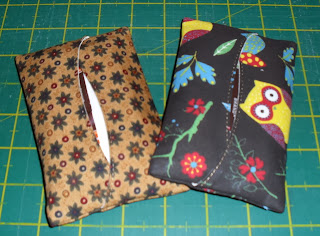 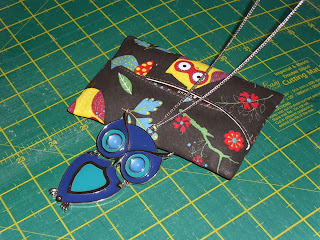 The bottom pic shows Terri's tissue holder and she wanted me to take a pic of it with her owl pendant....so you should've seen her leaning over the cutting mat, but trying to keep her out the pic at the same time....it was very funny, especially as I didn't tell her I'd zoomed in and wouldn't have got her in the pic anyway....lol

Next up, is a couple of pincushions I made, these were a printout that someone gave to me, as she had found it online, but the printout doesn't show whose tutorial it is sorry. 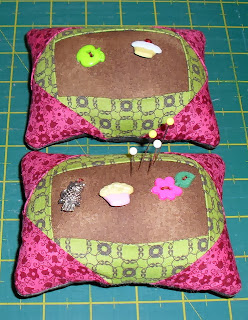 In the quilting group I go to here in the Riverland, we ran a Birthday block swap this year, and whilst I've taken pics of the blocks I've made, they're all on my old pc that needs some TLC before I can access them, so here's the latest one, which was for Pat M and she wanted animal blocks, so I did her an elephant applique (it's actually a softie elephant, but I just used the shape for the applique!) and gave her the bottom pincushion in the pic above....as it has an owl on it, so she'll remember who made her the pincushion. 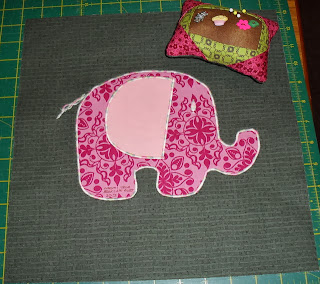 I've also made an owl block....it's not finished yet.....still got to stitch around the edges...but I'm trying to decide whether to reverse sew the 'tree' sections, find some more brown tone-on-tone fabric and re do the claws and tree or whether to do faux ankles in the gap I've acquired in between the feet and the bottom of the owl.....decisions decisions, but until I decide, it looks nice on my design wall. 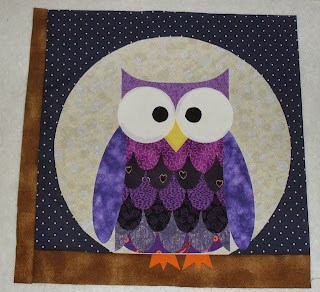 Oh, and the need to be centralized too, as I seem to have moved on from wonky eyes....to wonky feet lol  The block is from Vol 7 of 100 Blocks Magazine. 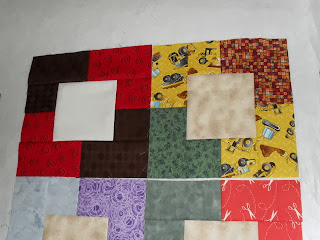 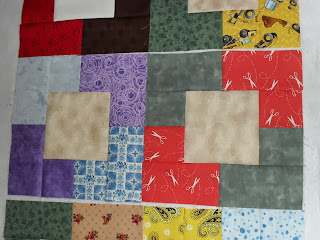 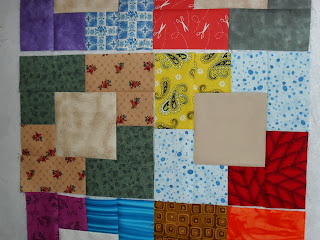 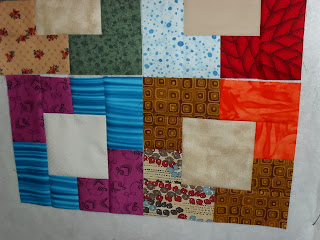 Above are some scrappy blocks I'm putting together for Aussie Hero Quilts....they measure 8 & 1/2" and are a great way to use up relatively small scraps, or as I prefer to call them, offcuts.  I've cut more out, so I'll be making at least one quilt top out of them...coz I know Jan-Maree (although it's easier to see what she's up to by visiting the Aussie Hero blog in the link above) likes scrappy quilts....and I do too, so it's kind of a double whammy lol  I can't wait to share with you the final quilt pic....I reckon it's going to be a nice bright, cheery quilt/s.

I have some cool purchases to share with you, but I'll share them with you tomorrow, seens as though this is getting to be quite a long post...don't want to overwhelm you with pic overload today...lol

Posted by Beeshebags at 5:04 PM