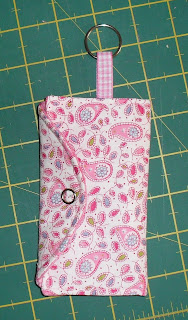 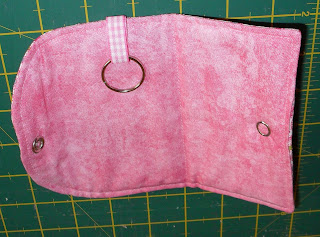 The other day I was playing around with an idea in my head, then decided to throw it into action and ta-dah.....my first prototype.....I need to make it a wee bit longer so that the flap part goes over further, but it's easy as to make. I also need to make it for right handed people as this one does up for a left handed person....I've transposed the pics!